Rising in the center of Teshima island with its 340 meters, Mt. Danyama is home to a primeval forest of chinquapin (a type of evergreen) and sawtooth oak trees. Fresh water springing from the mountain supports the people living in the three villages of Teshima, spreading at the foot of its slopes along the island's shores. Nearby islands suffer from water shortage, but on Teshima, rice cultivation and dairy farming have been prospering since ancient times, thanks to the rich water supply from the springs of Mt. Danyama.

The panoramic view of the Seto Inland Sea from the top of the mountain is a source of pride for Teshima residents, and local volunteers continue to work on improving the mountain paths for its many visitors. Mt. Danyama has always played an important role in the lives of the residents of Teshima.

The group embeds itself within a local community creating installations and events in the area, involving residents in their creations. For the Setouchi Triennale 2016, the artists are preparing a theatrical play, to be performed on Mt. Danyama in autumn. During the spring and summer seasons of the triennale, the troupe is collecting stories and anecdotes representative of the island by hosting various events, and these will culminate in a play featuring local people in the leading roles during the autumn season. The project's aim is to rediscover some of the charms and folklore of Mt. Danyama and Teshima, and to share them with the public.

On April 2, 2016, members of Nadegata Instant Party came to Teshima island to hold an event for the Setouchi Triennale 2016 Spring season. They spoke about their past art projects and their upcoming plans for Teshima during a talk-session held right before the event.

"Our project's title this time is 'Well, come on stage!'. 'Come on stage' means that you are invited to be one of the leads, and our hope is that you will actually get up on the stage. Of course, the title also has the double meaning that you are 'welcome' to be on stage. While listening to the stories about Teshima island and Mt. Danyama and its history, we thought we would like to make the best use of the stories we heard and bring some of the local residents up on stage. We are thinking of something alike to the rural Kabuki theater, in the old days. In some farming areas, there used to be theaters in which ordinary people performed plays for grand occasions or festivals. It would be great if we could bring back that kind of theater performance."

Since last October, the group has been repeatedly visiting Teshima to interview the residents and research their stories. 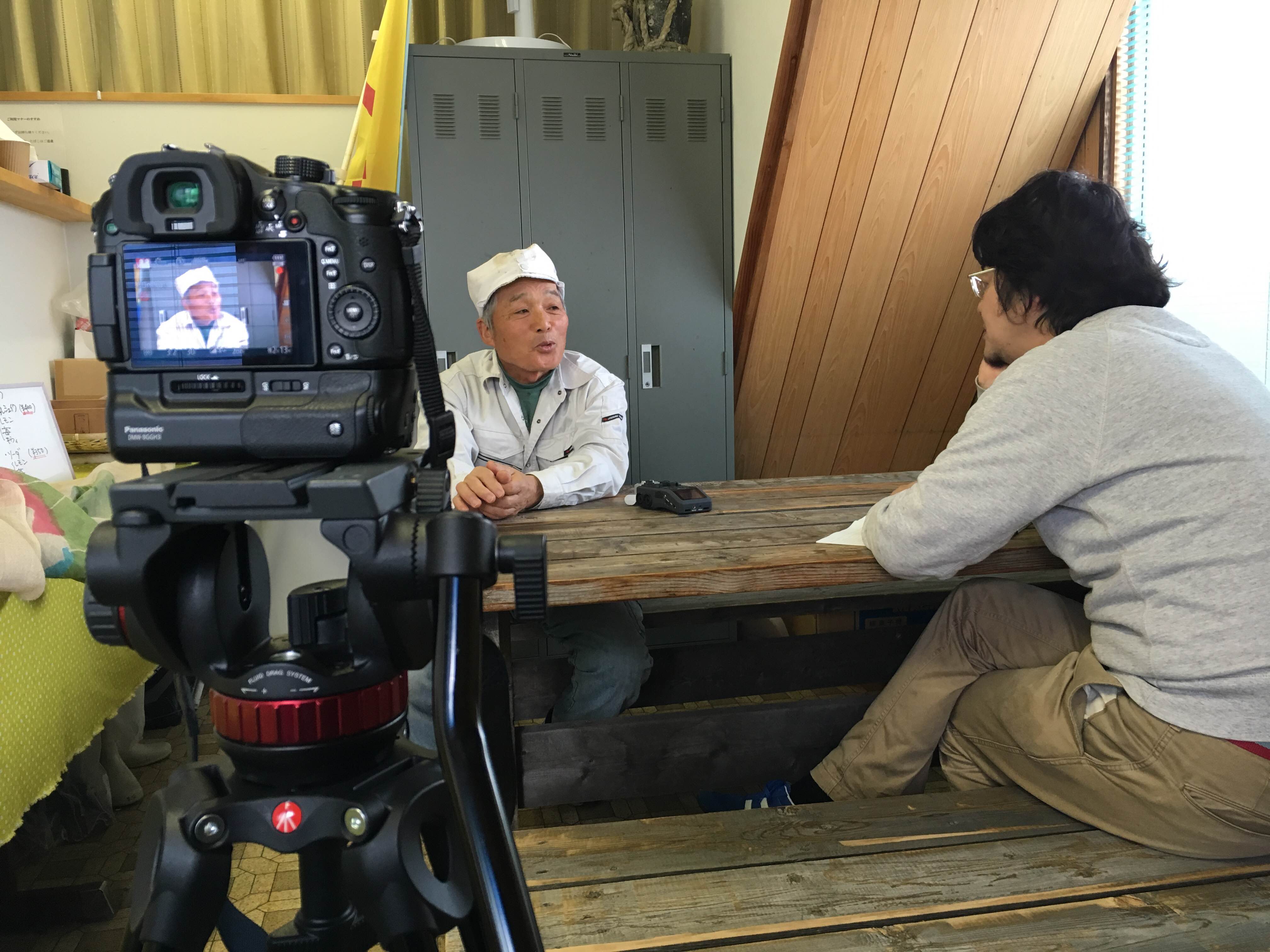 A Sakura-viewing picnic was held on Mt. Danyama after the artist talk. The participants included Teshima residents, visitors, members of the Setouchi Triennale volunteer group "Koebi Tai," and staff from the Teshima Art Museum. Some of them walked the whole distance from the foot of the mountain to the top following local residents as guides. 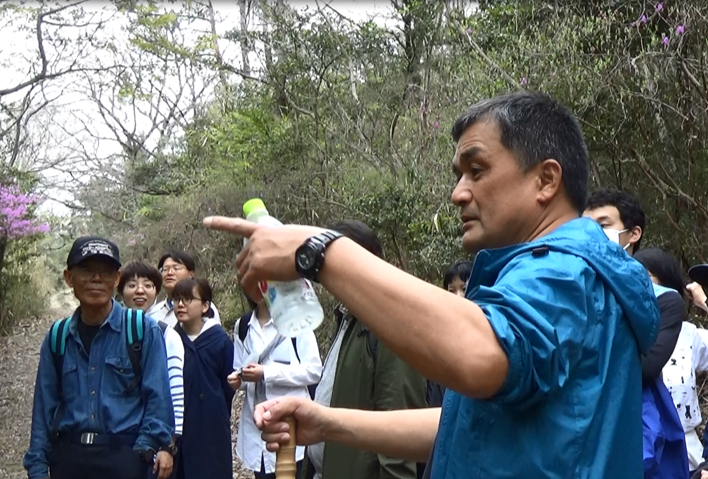 Mr. Yoshiteru Okazaki runs a shop on Teshima island. The path to the summit of Mt. Danyama was his playground when he was a child. On the way up the mountain, he led participants on a detour from the originally planned route, along a dirt road, which is actually a shortcut to the top that only the locals know about. While picking edible wild plants such as Fatsia sprouts along the way, he shared memories of his childhood when he used to play around Mt. Danyama and the houses that used to be there. A group of pioneers called "Danyama Pioneers" came to the island after World War II, settling down about halfway up the mountain and cultivating fields, but none of them remain today. This path had all but disappeared and was covered with undergrowth and trees until local members of the young men's association cleared it for walkers. "There are many people in Teshima who share the same feelings toward the mountain," he said. 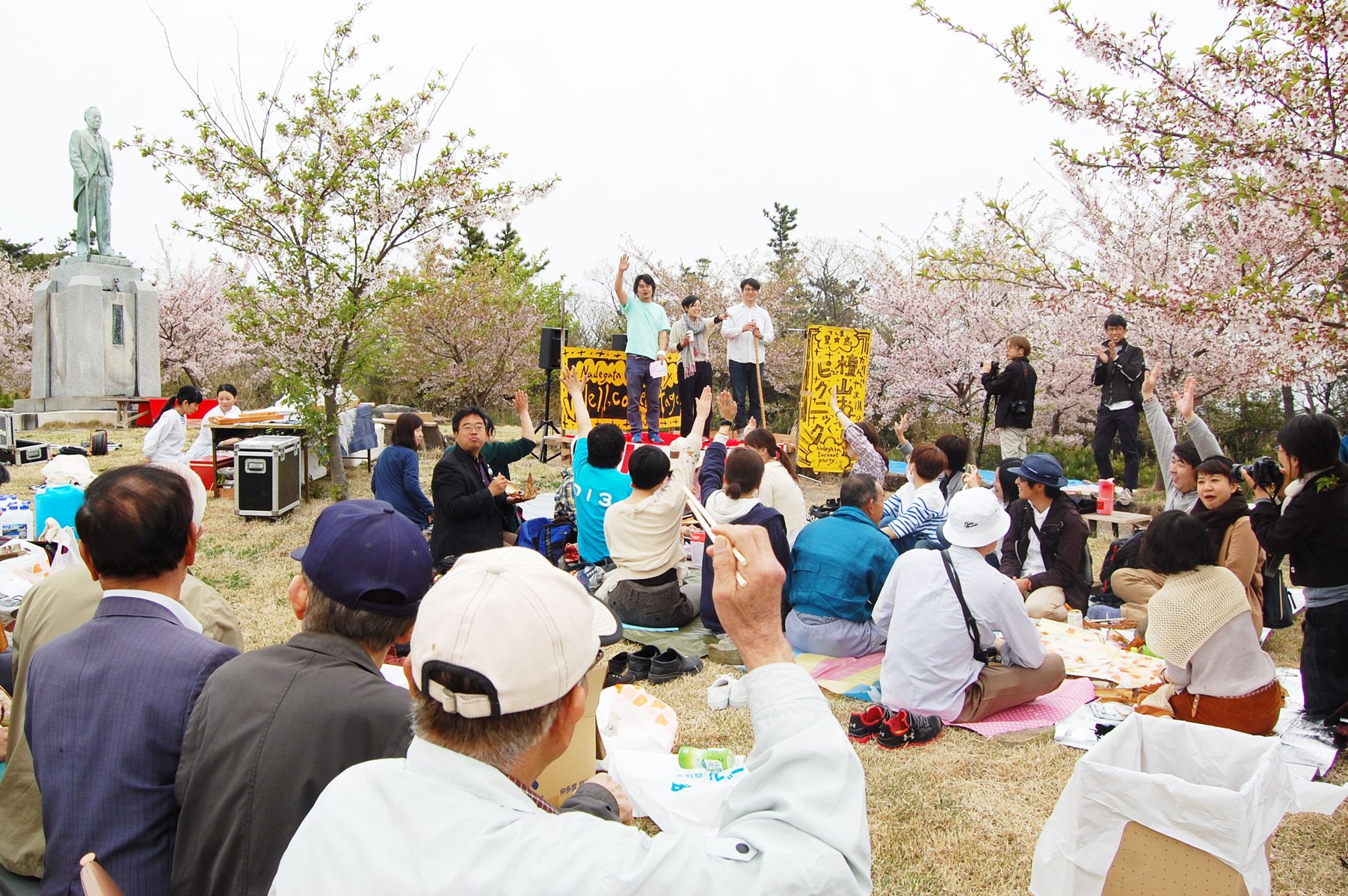 On the top of the mountain, the participants enjoyed a picnic and sake under the cherry blossoms. Under the lead of Nadegata Instant Party, everyone introduced themselves and enjoyed singing and games. 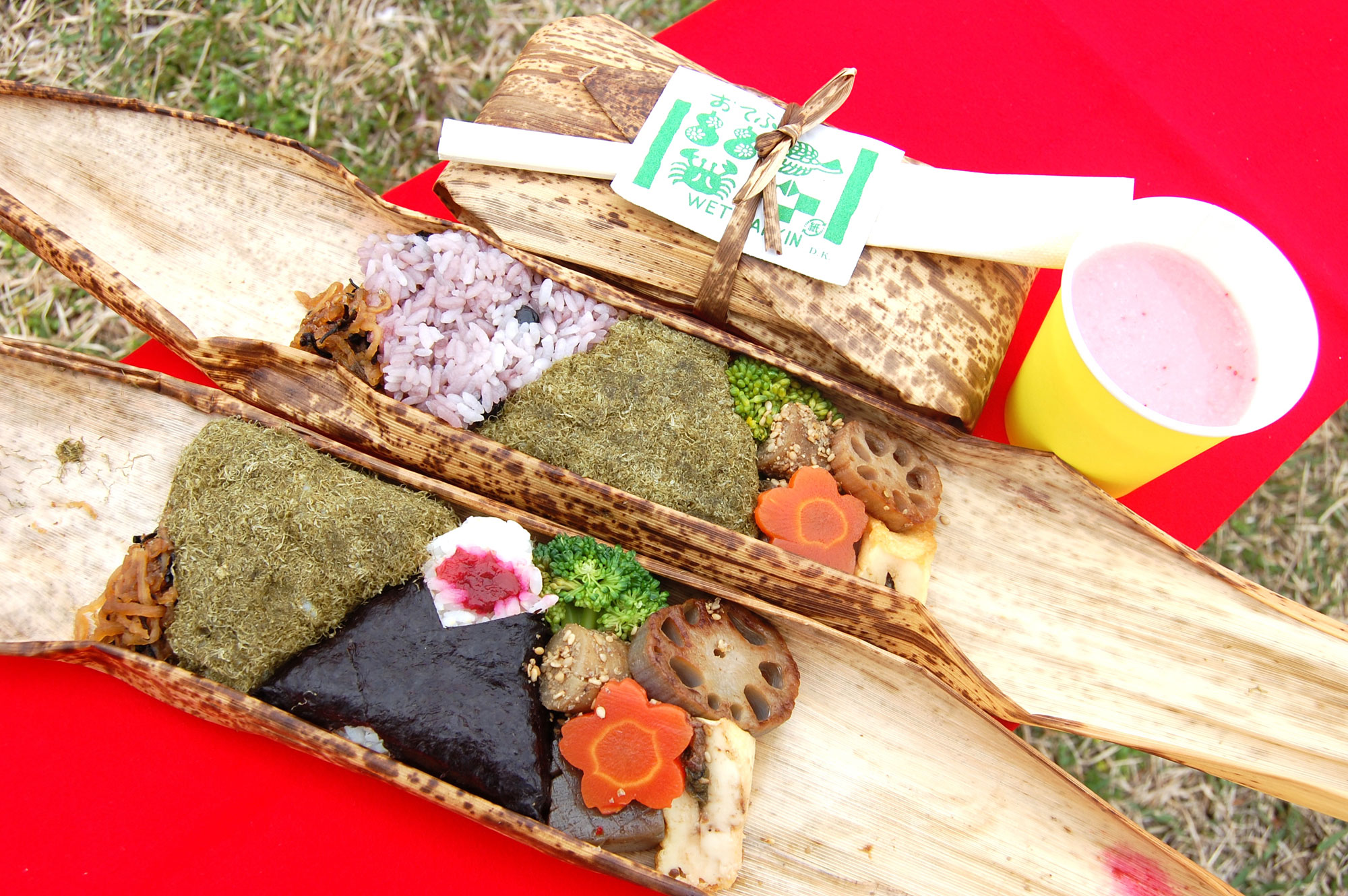 Picnic lunch boxes were delivered from a shop called "Dondoro Hama," newly opened by two local women in the Kou area of Teshima island. Strawberry Amazake (a sweet mild sake) made of local strawberries, a source of pride for the residents, was also enjoyed by everyone.

This spring event was a warm-up leading to the summer and autumn sesaons of the Setouchi Triennale 2016. In summer, further events are planned on Teshima on September 3rd (Sat.) and 4th (Sun.), and participants who did not have a chance to come during the spring season are also warmly encouraged to join (details to follow on our website in due course).

As Nadegata Instant Party looks ahead to the highlight of their "Well, come on stage!" project, the theatrical performance in autumn, the group continues its research effort and stories gathering. Stay tuned for new developments! 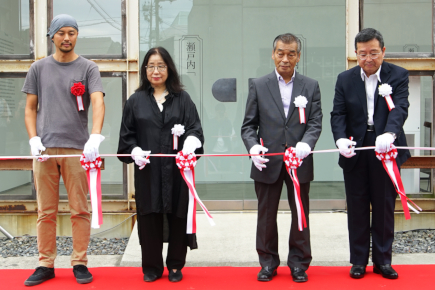 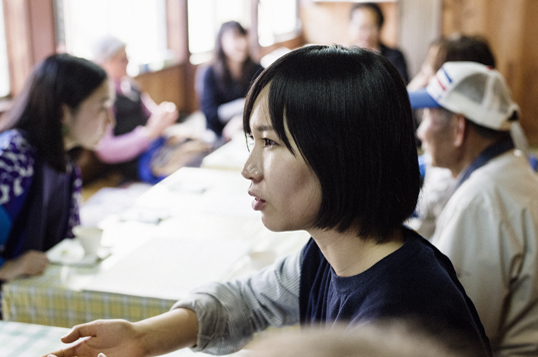 In the summer and autumn of 2015, Miyanoura Gal… 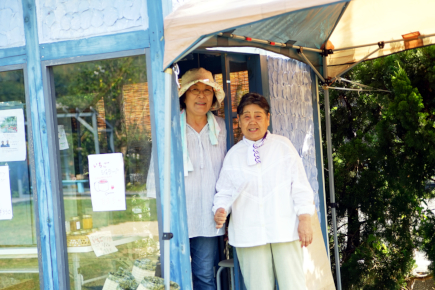 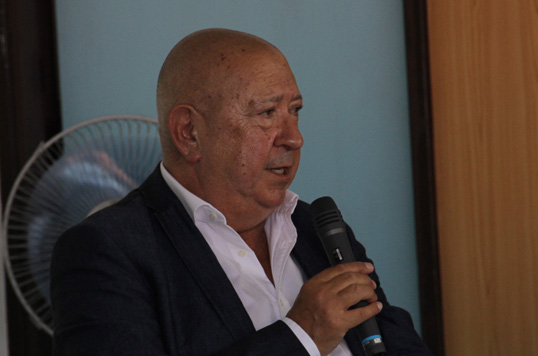 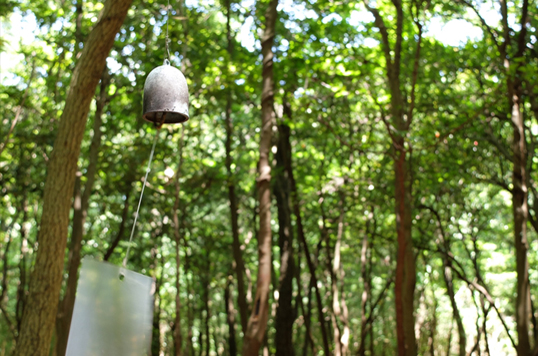