Synchronously to the opening of the Setouchi Triennale on March 20th, 2016, two new art facilities are opening on Teshima Island - Teshima 8 Million Lab（in the Kou area), and Needle factory (in Ieura area). Special sneak previews were held on March 16th, exclusively for the residents of Teshima Island.

Teshima 8 Million Lab is an art facility at which the artist "Sputniko!" attempts to create a new mythological realm by bridging emerging science with art. Before the preview, a completion ceremony was held with Shinto ritual prayer offered by Mr. Mori the chief priest of Tonosho Hachiman Shrine of Shodoshima Island.

The private viewing starting at 13:30, island residents began streaming in after noon.

The artist Sputniko!, and the architects of the facility, Yuri Naruse and Jun Inokuma of Naruse・Inokuma Architects joined the private viewing. At the opening, they shared their feelings on the completion of Teshima 8 Million Lab.

Artist Sputniko! thanked the people of Teshima for their support and cooperation during the two years it took from the conception through to the completion of her work. "People not only from Japan but from other countries will visit Teshima island. I created this art project hoping to expand our human connections throughout the world," she said, expressing her intentions for the facility. Architect Inokuma said, "While retaining the exterior of an old house, from the earliest stages of the design, we had the vision of incorporating the various things we found beautiful on Teshima island, because it would ultimately be an art facility." As examples, he explained that the torii gates and the racks to hang the ema (votive tablets) were designed to highlight the view that opens onto Mt. Danyama; also, that the building materials were not unusual ones but ones commonly used on Teshima island.

Following the speeches, everyone watched Sputniko!'s video work, including the three residents who appear in the film.

After watching the film, the residents wrote their own wishes on the ema (votive tablets). 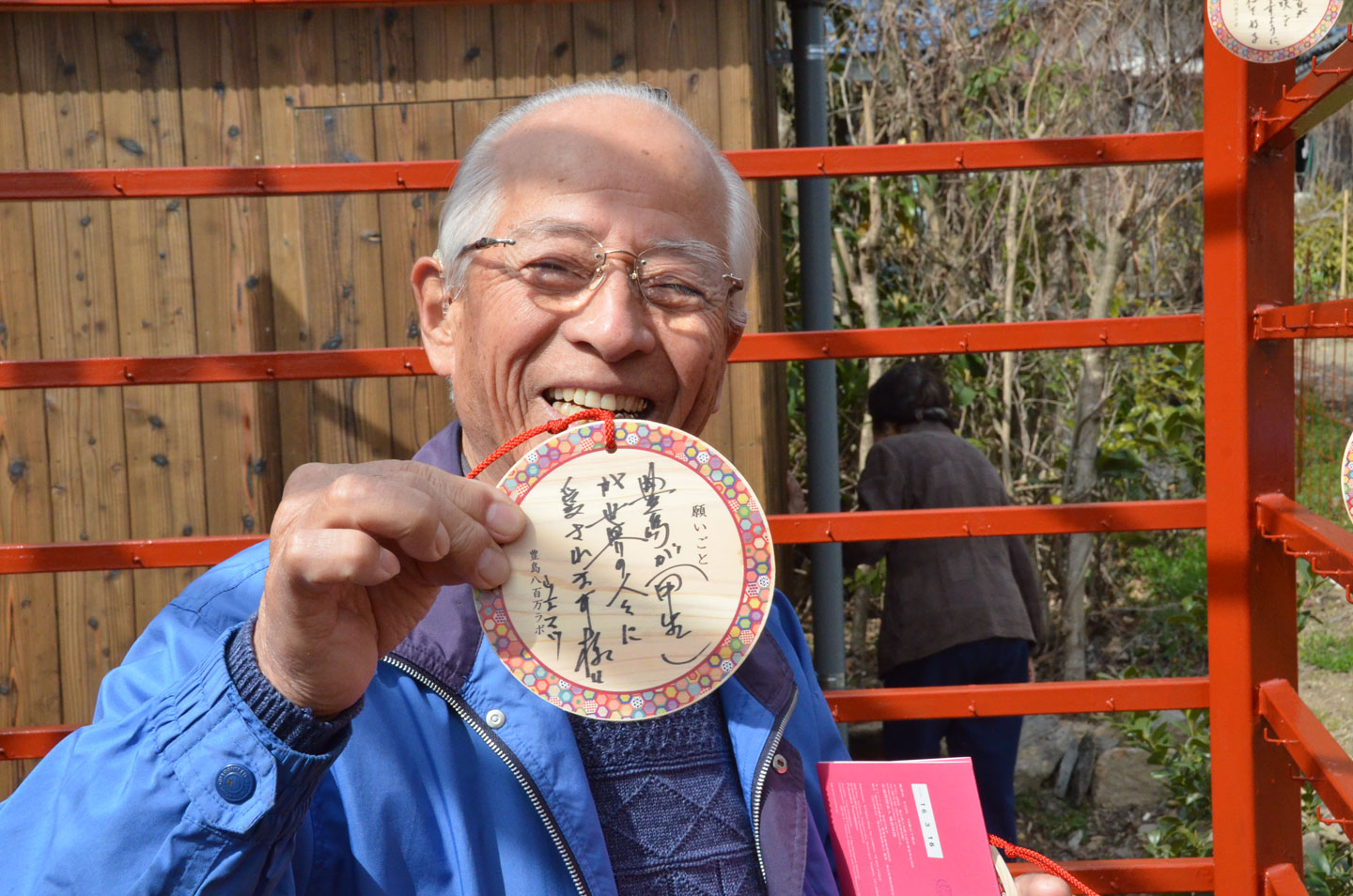 Mr. Uematsu, who runs a home-stay rental in the Kou area where Teshima 8 Million Lab stands, wrote "May Teshima (Kou area) be loved by people throughout the world."

At the same time, a special preview was also held for local residents at Shinro Ohtake's Needle factory in the Ieura area. The centerpiece of the installation is the large wooden hull-form of a boat, which was brought to the abandoned sewing needle factory with the help of island residents last year. Many people who participated in transporting the large hull-form attended this special preview. Some of them shared stories of the time when the factory was still in operation. 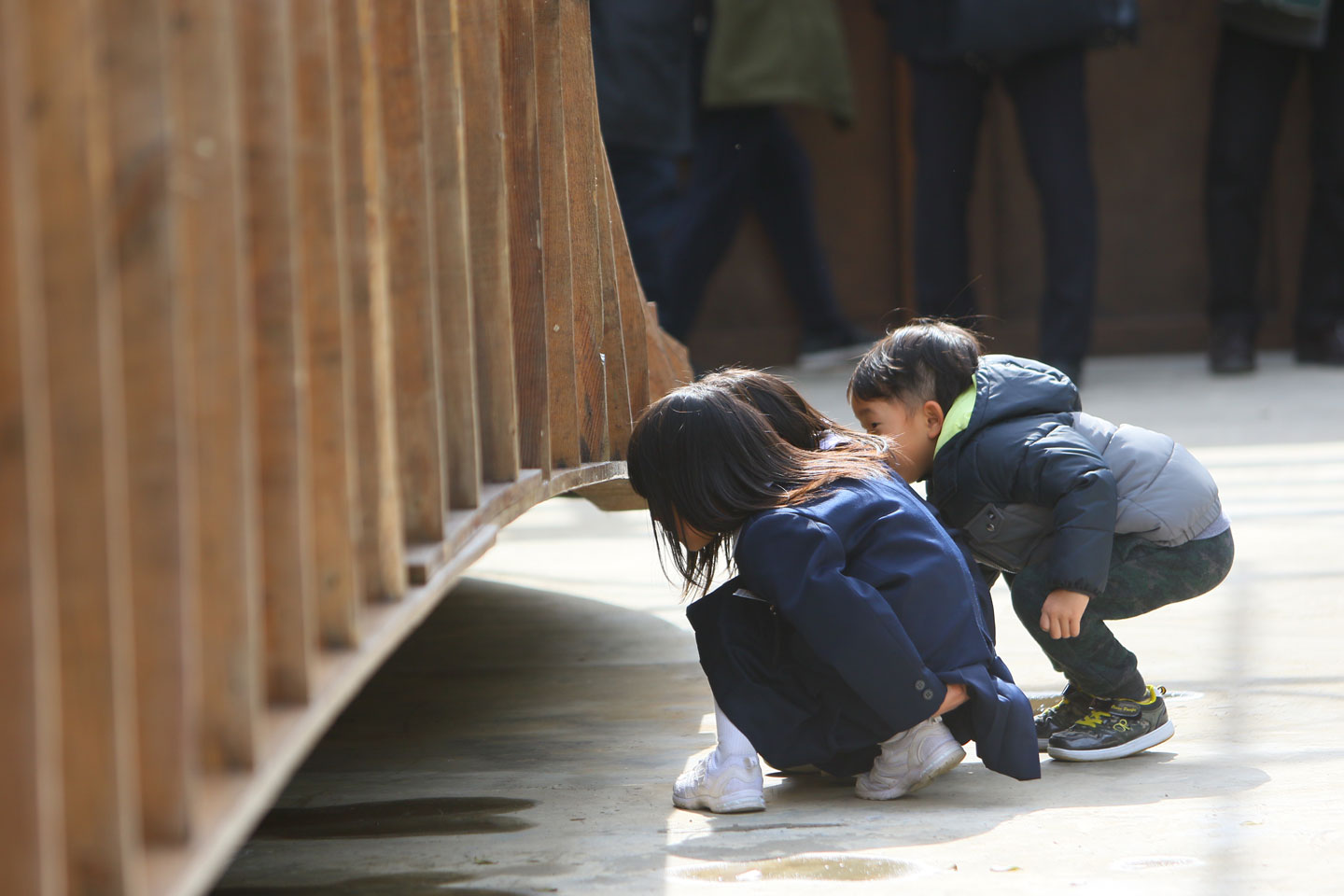 Asked: "What do you think it is?" children wrote their spontaneous thoughts in a notebook set at the site. Then adults followed, jotting down their own impressions.

Just a few short days to go until the official opening. After their successful previews with local residents, Teshima 8 Million Lab and Needle factory are now ready to open to the public on March 20th. 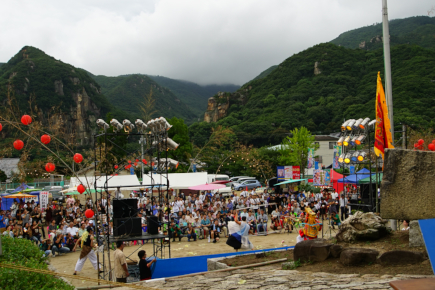